Ensiferum are a true powerhouse when it comes to folk-inspired melodic death metal, something they hammer home more resolutely than ever with eighth full-length Thalassic. The title translating from ancient Greek as “of or relating to seas”, it’s a suitably huge and wide ranging collection that incorporates orchestrations and traditional folk instrumentation alongside the roaring guitars, bass, and drums. “I think we managed to take another step ahead musically and we also utilized the best parts of our old sound,” states bassist/vocalist Sami Hinkka. “There are lots of Ensiferum’s trademarks: beautiful folkish melodies, ass-kicking riffs, a nice mix of different vocals and great singalong choruses.”

It’s been three years since the towering Two Paths and the quintet kept themselves busy writing over that period. Viewing Two Paths and its predecessor One Man Army (2015) as being something of a pair, this time out they wanted to jump into the unknown and try a new approach, without forgetting their roots. Kicking the album off with the grand orchestral piece “Seafarer’s Dream” definitely makes an impression, though overall Thalassic scales back a little on such instrumentation. “I guess that has become kind of a part of Ensiferum’s sound, but on this album we actually used orchestrations less than before because the songs turned out to be more straightforward metal. We like to emphasize the story and the feeling of a song with the sounds that fit them best, so using huge orchestrations has to serve the purpose of the song and not be taken for granted and used all the time.” The likes of “Rum, Women, Victory” and “Run From The Crushing Tide” are certainly full on metal, but these sit comfortably alongside the jaunty “Midsummer Magic” and triumphant “Andromeda”. The band were helped in realizing these tracks by the addition of new keyboard player/lead clean vocalist Pekka Montin who “really raised the new songs to another level” while Mikko P. Mustonen once again presided over the orchestrations and violin virtuoso Lassi Logren recorded folk instruments on a few tracks.

The biggest difference separating Thalassic from the rest of Ensiferum’s catalogue comes from the fact that it’s the first of their albums to be built around a theme. “The idea of it started to brew in my mind when I was doing interviews for Two Paths and many journalists asked if it was a theme album, and I noticed that I was answering all the time that because of the way we compose it’s almost impossible to make a theme album. This really started to piss me off and the decision was made: the next album would have a theme. At that time we already had a few songs almost ready for the next album and I started to listen to the demos much more from the feeling aspect instead of analyzing them musically. For some reason all of them took me to a seashore and the theme was found: something related to sea or water. So I started to read about history, myths and legend around the world that had something to do with the theme, but even though all of the lyrics are obviously inspired by this, I tried my best to keep Ensiferum’s heroic mentality in them. In the end there were too many ideas for lyrics, because I didn’t set myself any boundaries, like all stories would have to be Nordic etc, and one of my favourite songs on the album tells about Andromeda from Greek mythology. I can’t promise that this way of lyric-writing will be the future of Ensiferum but at least we did this once.”

Thalassic was recorded and produced in Petrax and Sonic Pump studios by Janne Joutsenniemi, who was involved on their albums Victory Songs (2007) and From Afar (2009). “We like to go to a studio when we have all the songs 99.9% ready so the producer’s main job is to kick our asses while we record. Of course Janne Joutsenniemi is a world-class producer and we asked his opinion if we were doubting any details. It was really a pleasure to work with him again, and I think this was one of the most easy-going studio sessions I have ever been part of and we are extremely happy with the result. It helps a lot when you do proper demos of the songs, then everyone already has a very good picture of how each song will sound.” Gyula Havanchak handled the artwork and once again raised the Ensiferum standard, creating something that vividly reflects the songs, and indeed the theme running through them. Looking ahead, the band only intend to keep on doing what they do best. “We are very privileged to be full-time musicians but you never know what the future brings. I hope we can keep doing the thing we love the most. What I really hope happens is a support tour with much a bigger band because in the folk/pagan/battle/whatever metal scenes everyone knows Ensiferum - so Steve Harris, if you are reading this: we are ready!” 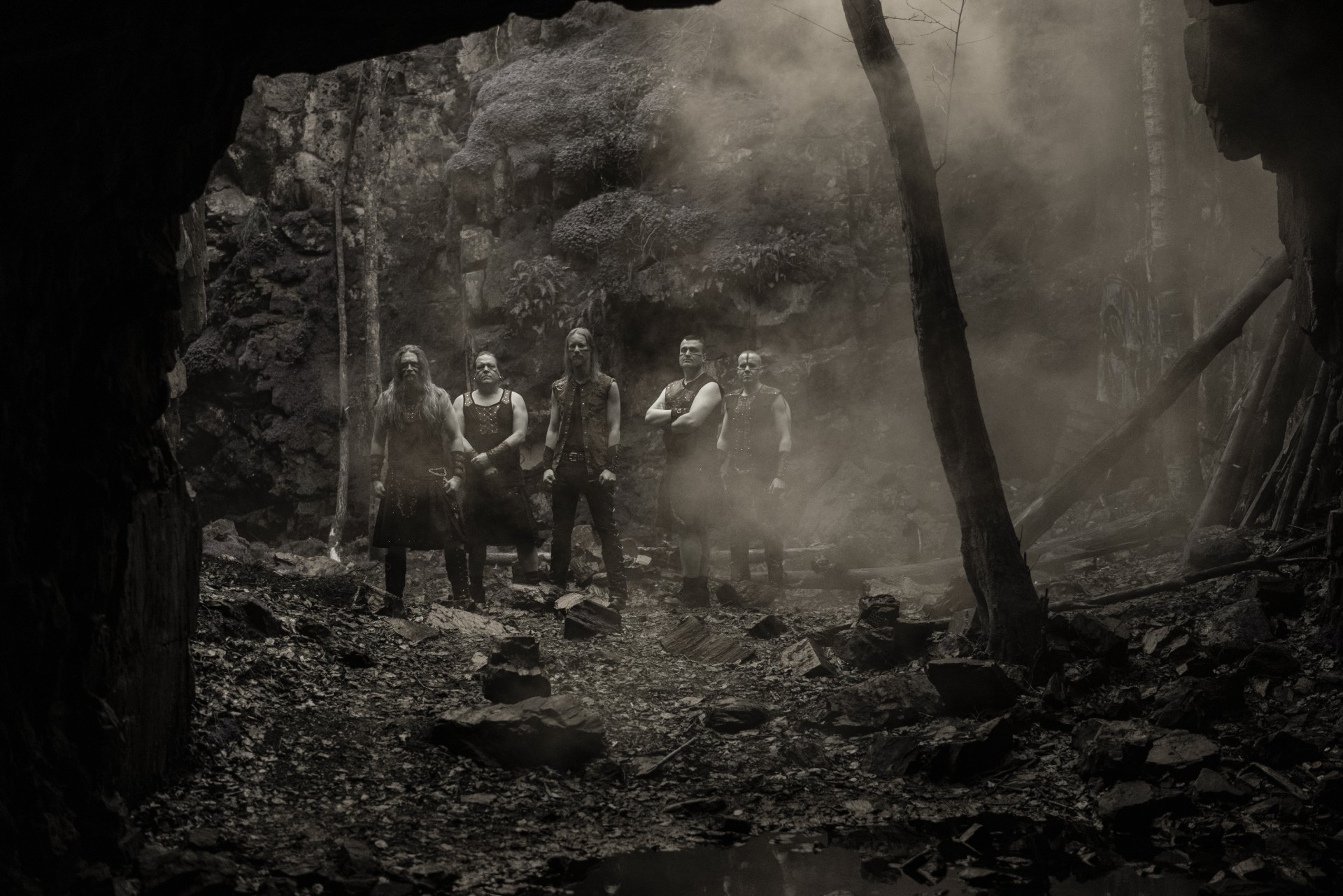 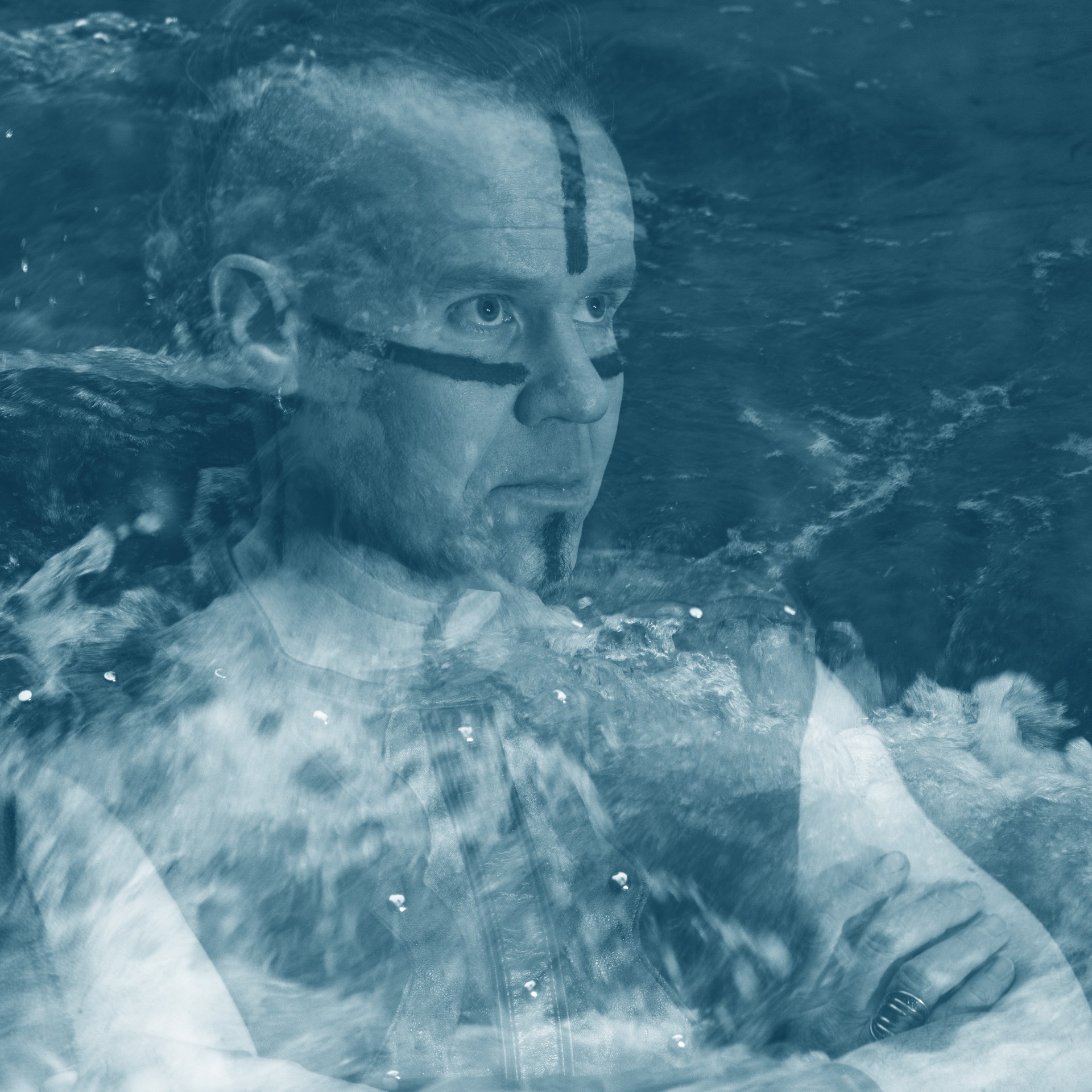